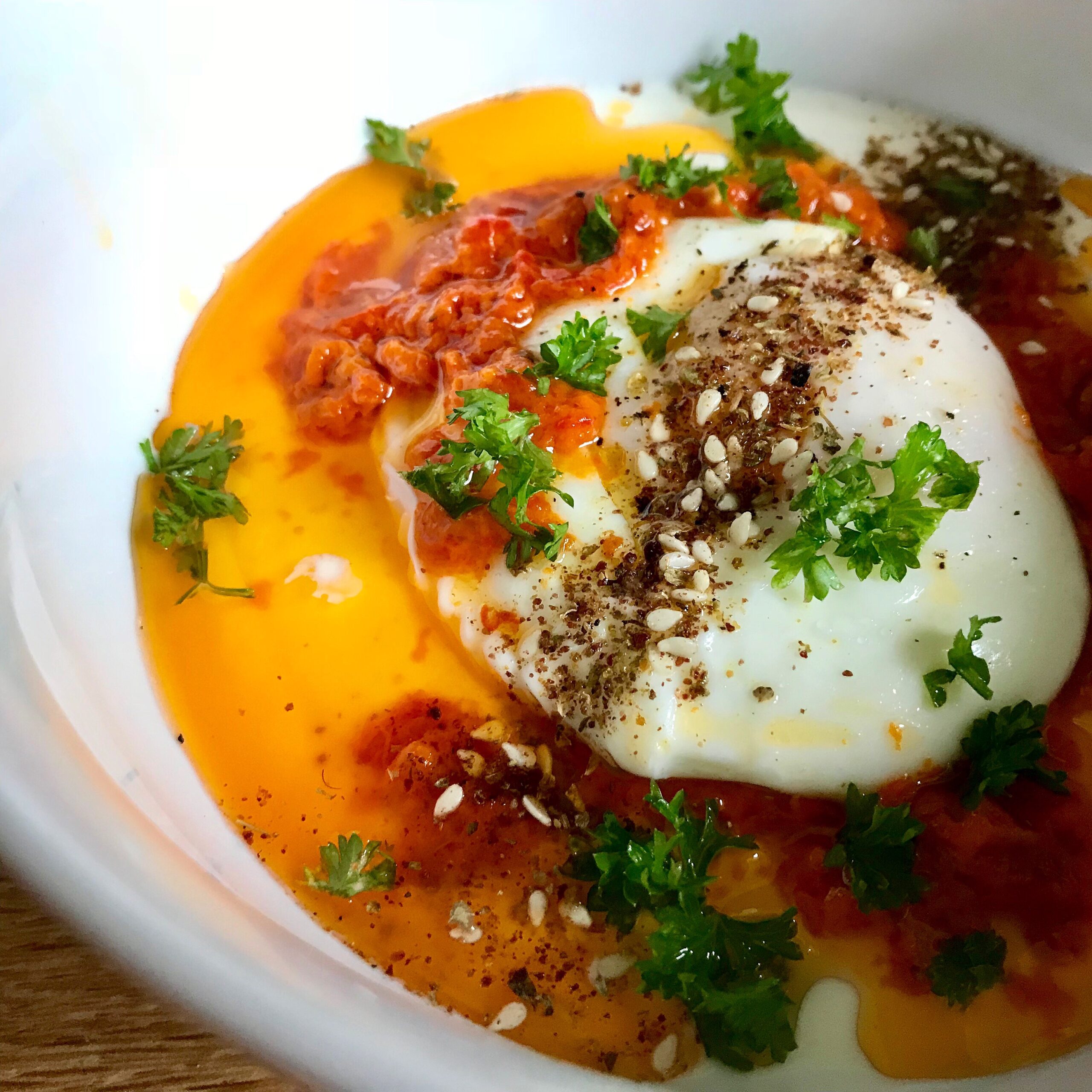 The first time I had Turkish eggs was at The Providores in London. It was really good and I knew I wanted to try making it at home. Then I was watching Nigella and she made this dish that was inspired from trying it at the same restaurant (I knew we were kindred spirits).

The only thing is, it is quite the process and I wanted this to be an everyday dish, and I really couldn’t be bothered with all those steps. So here is my take on Turk’ish eggs. The “ish” is because it is not the traditional recipe. Instead of using aleppo peppers and infusing them with oil, I use an eggplant red pepper spread which I like better. I don’t spend that much time on the poached egg and I prefer parsley instead of dill. 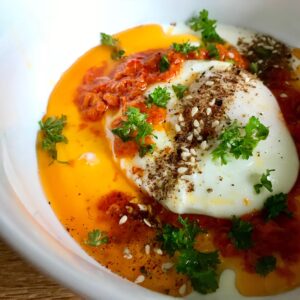 I like to use a nice crusty rustic bread that I toast or char on the grill. But fresh bread is just as good. You can make a bigger batch of this. I usually buy a 500ml container of yogurt and add the salt and lemon to it and keep it in the fridge as well as the eggplant spread with olive oil. Then I just need to poach and egg and toast some bread.  Use Greek yogurt, you need it to be thick. Za’atar spice is a middle eastern spice with roasted sesame seeds, oregano, sumac and thyme. It can be used with meats, poultry, fish, vegetables and flatbreads. You can even add it to olive oil for dipping bread in. It’s worth the buy and a good addition to your pantry. Same with the eggplant spread. It’s a versatile product that you can put on flat breads, grilled meats, or use it as a pasta sauce.   QUICK SHOP Olive Oil Eggplant Spread Zaatar Spice
Filed Under: Breakfast, Brunch, Eggs, Lunch
Tags: Breakfast, Brunch, Eggs, greek yogurt, spice, turkish eggs, zaatar
ASADA FRIES
LIMONCELLO THYME COCKTAIL