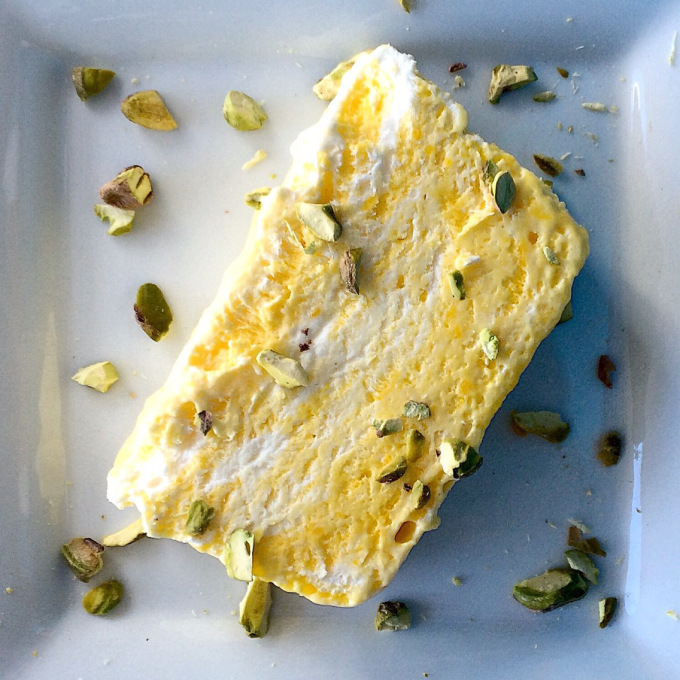 My love of ice cream has now found a low carb version, and a new obsession. When I made this semifreddo, meaning semi-frozen it tasted great. It was sweet, like I had used sugar, tart from the lemons, and creamy. I’ve always said if I can make something using an alternative sweetener but it tastes just the same, I’ll stick with it. This sugar-free recipe will be a staple for me moving forward. 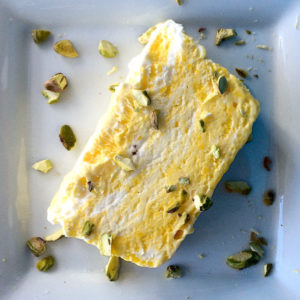 When I made this, I portioned it out into slices and froze. If you are making this as a treat for yourself, or have leftovers, I suggest that you do this as freezing and refreezing over and over again doesn’t really work. Whenever I use xylitol I will post this warning. While it is a natural, sugar free sweetener that has many health benefits for humans. It is toxic for dogs. So if you have a furry member in your family, do not let them eat anything with xylitol in it.
Filed Under: Dessert, Ice Cream, Low Carb, Special Occasions
Tags: cream, desserts, Eggs, Ice Cream, keto, keto ice cream, lemon, lemon semifreddo, Low Carb, semifreddo, summer, vodka, whipped cream, xylitol
TEX MEX CASSEROLE
BREADED CHICKEN