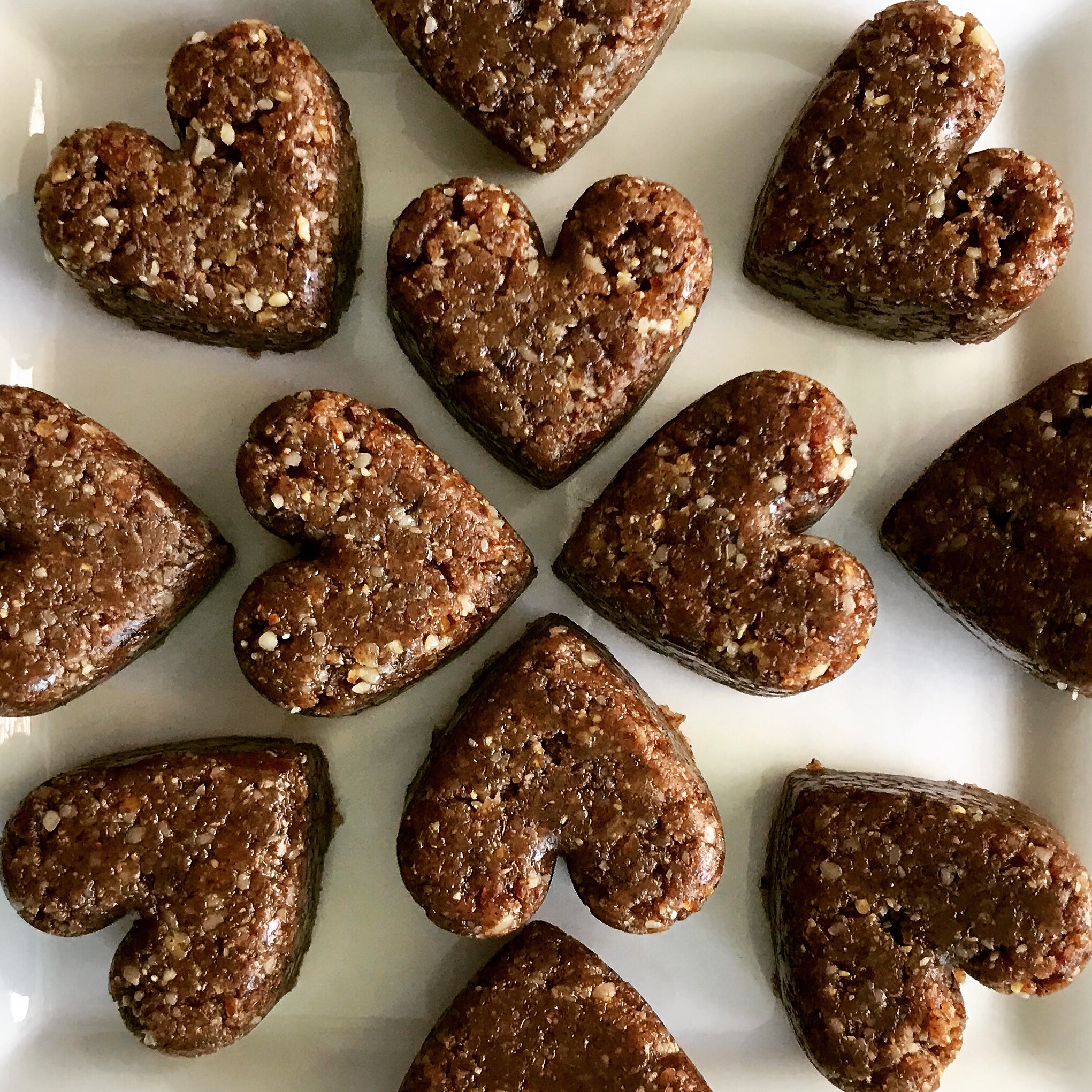 These make for a great snack. With lots of walnuts and sprouted flax they are also super nutritious. I like to make a big batch of them and store them in the freezer, then I can pop them in my mouth whenever I want. 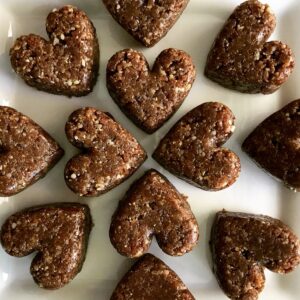 These can be kept in the fridge in an airtight container.  Alternatively, they can be frozen as well.   I like to use silicon trays in fund shapes like hearts. Any silicon tray can be used. Don’t use plastic ice cube trays as you won’t be able to get them out.  And if you don’t want to use trays at all, just roll them into balls.
Filed Under: Cookies & Bars, Dessert, Grains, Snacks
Tags: cinnamon, dates, flax, flax seeds, sprouted flax, walnuts
PITA CHIPS
MARRON GLACE