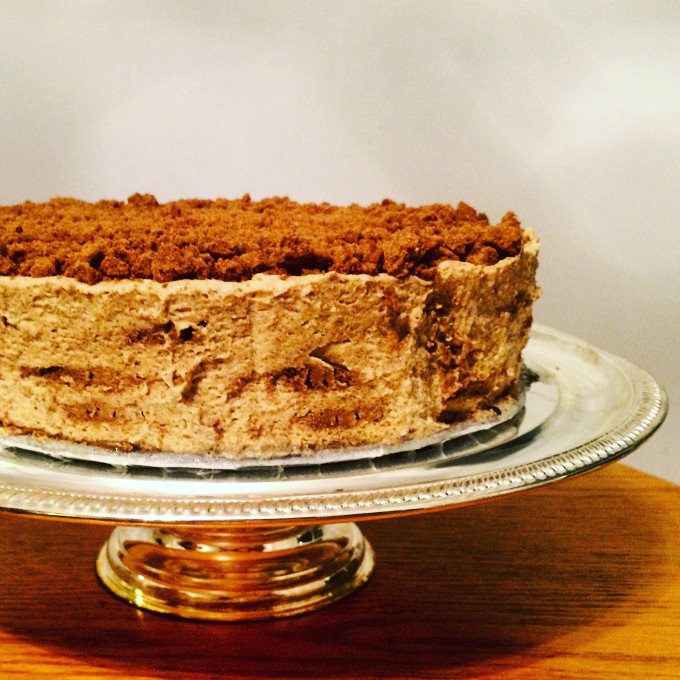 My cousin hosted Thanksgiving this year so my only task was to make dessert. Instead of doing some sort of pie, I wanted to try something different. Pumpkin is the preferred flavour for desserts this time of year, so I made an icebox cake. It’s a pumpkin mousse layered between ginger cookies. As it sits in the fridge, the cookies absorb the mousse and soften giving the cookies a cake-like texture. 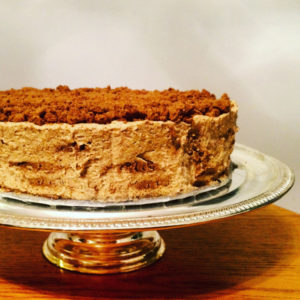